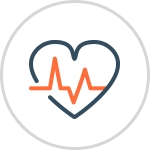 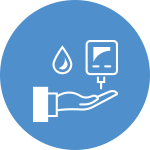 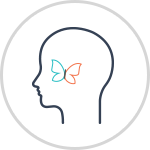 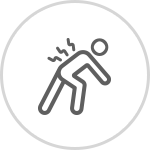 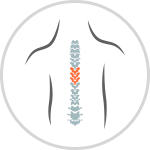 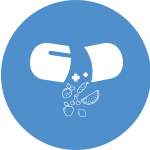 Parkinson’s disease is a progressive nervous system disorder that affects movement. It is a neurological degenerative disorder that affects dopamine producing neurons in the brain. In Thailand, the occurrence of Parkinson’s is ranked second only to Alzheimer’s. According to the statistics, Parkinson’s disease is more predominant in people age 60 years old and above. It occurs in males more than females by 50% or 1.5 times.

Symptoms generally develop slowly over years. The progression of symptoms are often a bit different from one person to another due to the diversity of this disease. People with Parkinson’s may experience the following: Symptoms are often caused by the degeneration of the Substantia Nigra located in the midbrain. It is the center of the nerve cells that produces Dopamine which acts as a neurotransmitter that helps with the transmission of nerve impulses. These impulse transmissions allows one to move limb muscles quickly as desired.

However, for a patient with Parkinson’s, the Dopamine in the brain is not enough to take the nerve impulses to other muscles. Therefore, patients cannot move their body as freely as desired and in turn result to the symptoms mentioned above. Below are some possible causes for Substantia Nigra degeneration: What is the shaking like? How do we know if we have Parkinson’s?

The diagnosis of Parkinson’s uses the principal of symptoms, which mainly comes from asking for information and examining the body together with blood testing or CT scan or MRI.

Brain function test called Functional MRI or F-Dopa Pet Scan can also be done to measure any abnormality in the Dopamine level in the brain of any patient suspected of Parkinson’s.

The conventional treatment protocol in managing Parkinson’s uses medication that can reduce the destruction of Dopamine in the brain. Studies have found that the use of medication for the treatment provides good results and improve movements. But, do not forget that degeneration of the brain is not corrected and in due time may gradually increase. Therefore in the long run, the dosage must also be gradually increased until the body has complications like psychiatric symptoms, hallucination, depression or obsessive compulsive.

In terms of technology, brain stimulation surgery for instance are available to help maintain the level of Dopamine in the brain. This procedure may increase the secretion of Dopamine, at the same time continuous drug management techniques through the skin or the intestine might also help to reduce side effects. However, the treatments mentioned does not actually fix the cause but instead they only withhold or slow down the degeneration that might occur inside the brain. The treatment protocols below enables more control of all factors that can assist in reducing the rate of brain degeneration:

The presence of Integrative treatment options has brought plenty of hope to sufferers new or old.  As innovation evolves, new treatment opportunities are giving everyone a chance to have a better quality of life.